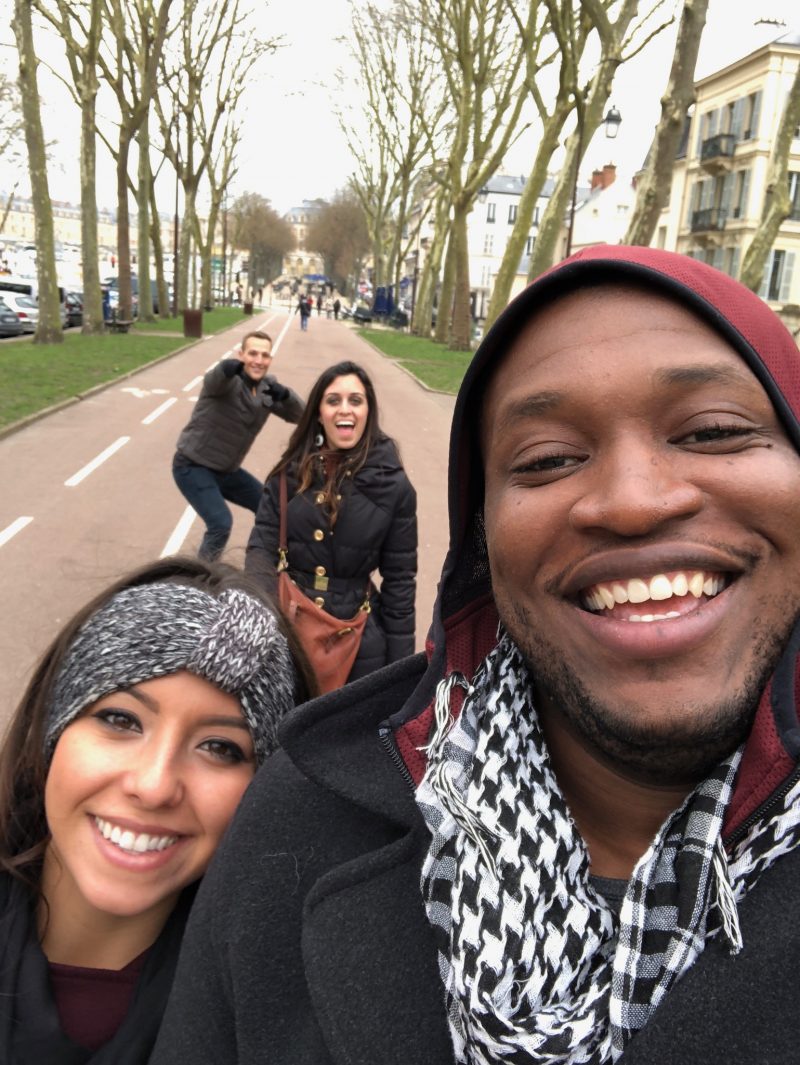 On the second day of our trip to Paris, we woke up early to get on the metro to Versailles. It was about an hour away by metro and then by bus. We grabbed a savory crepe to go (with buckwheat, eggs and veggies), which I also loved. I think I just love crepes.
Today was the start of a protest by the metro workers, so we wanted to make sure we got on whatever metros we’re actually running. We got all the way to Versailles and found out… IT WAS CLOSED due to the protest. 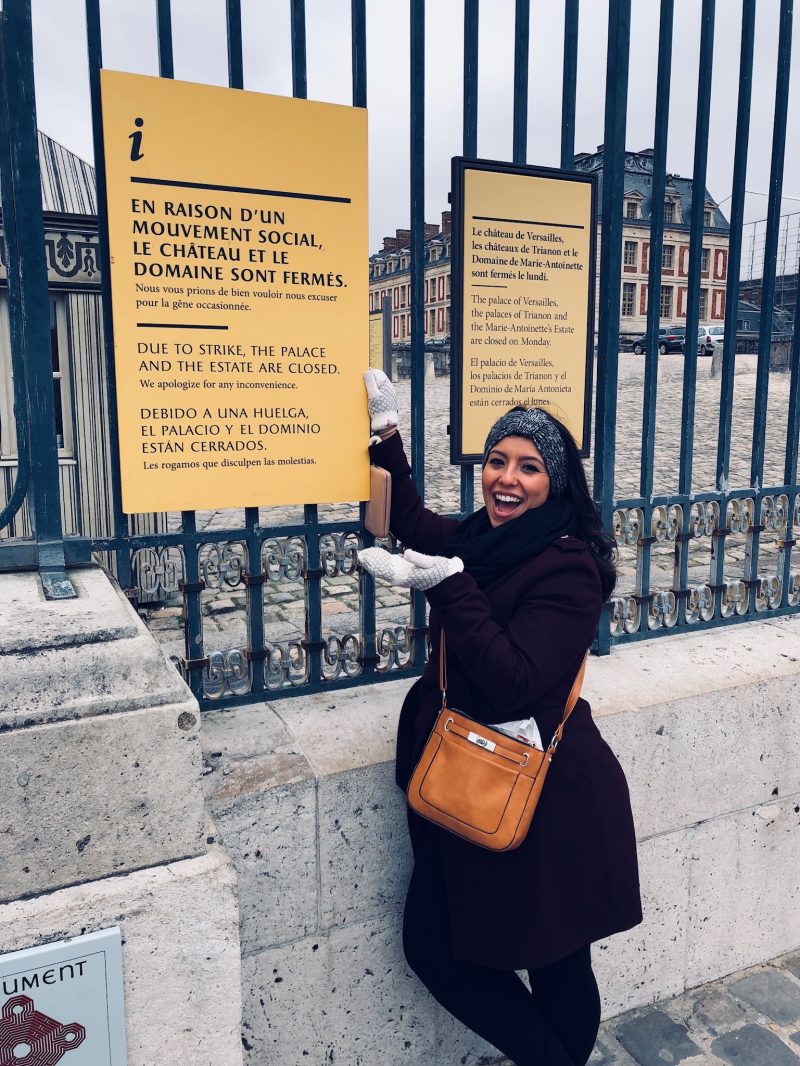 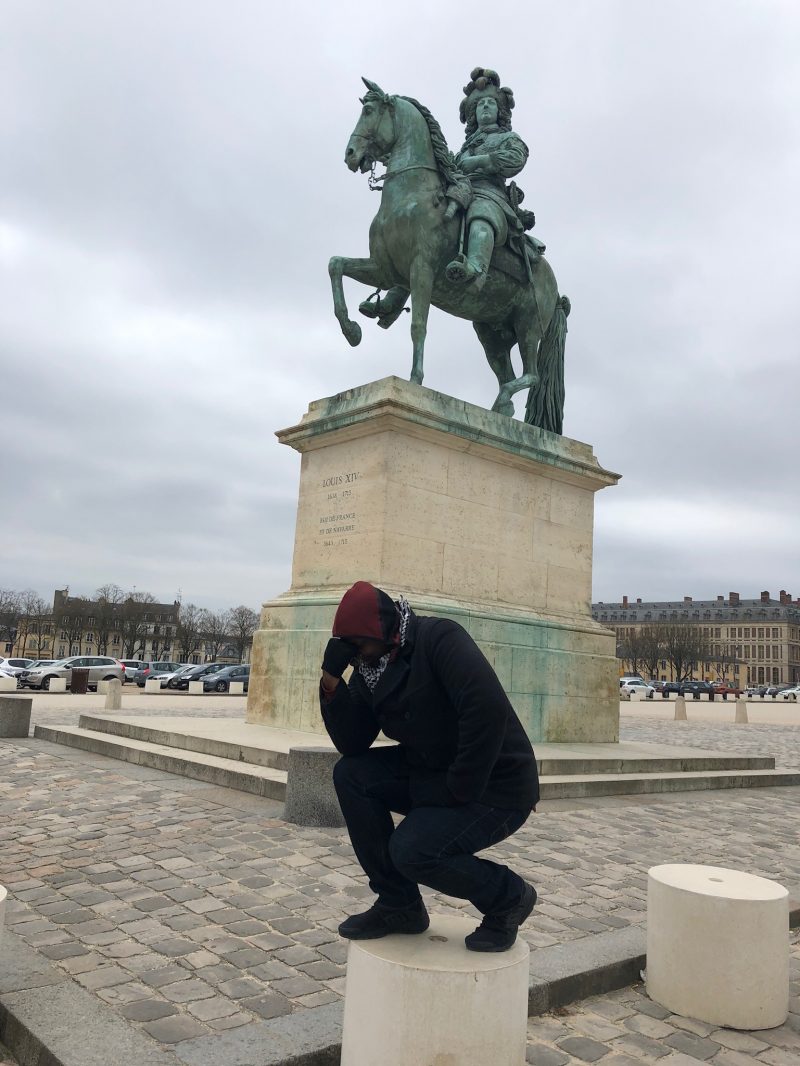 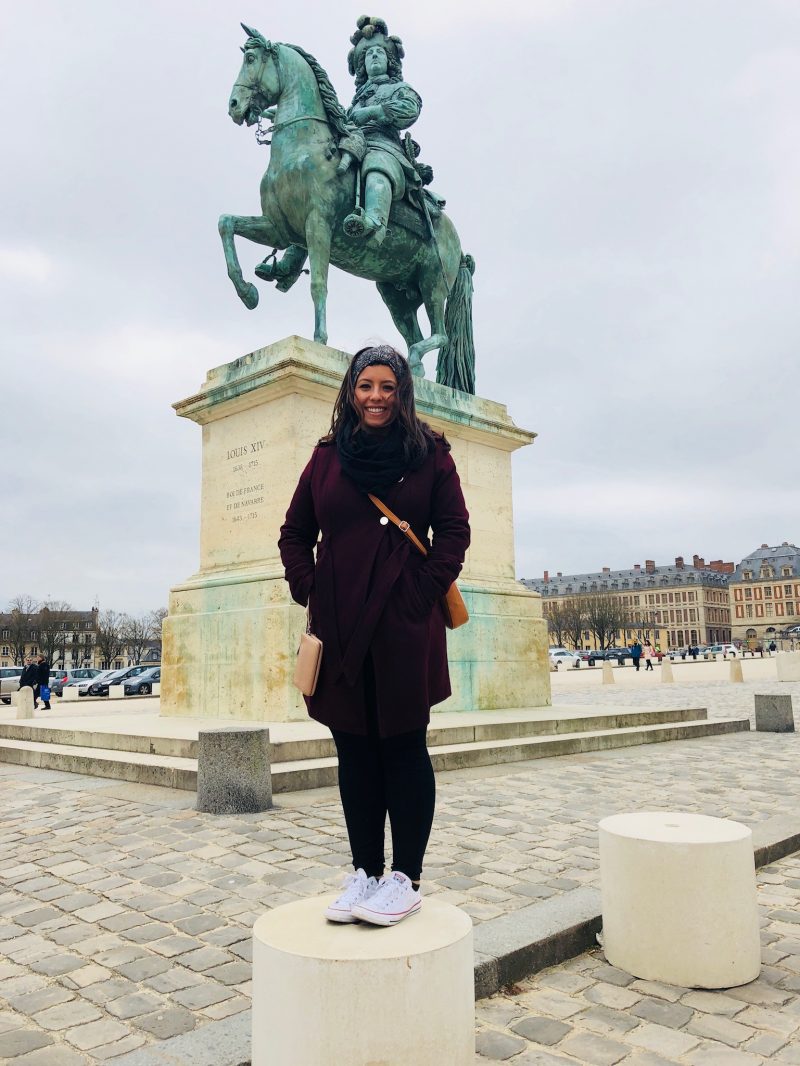 We were all pretty upset because we were so excited to see inside the château! We laughed it off and enjoyed the view from outside, which was absolutely incredible. If I ever go back to France this is something I would want to come see.
We walked around to find a cafe for some coffee and found the cutest coffee and cookie shop called “Pierre & Tim”. We had cappuccinos and a good conversation with Pierre. He told us that protests are common in France, happening almost 3-4 times a year. Crazy! Pierre helped us call the catacombs to make sure they were open. They were, so we set off to the metro to make our way to the catacombs. 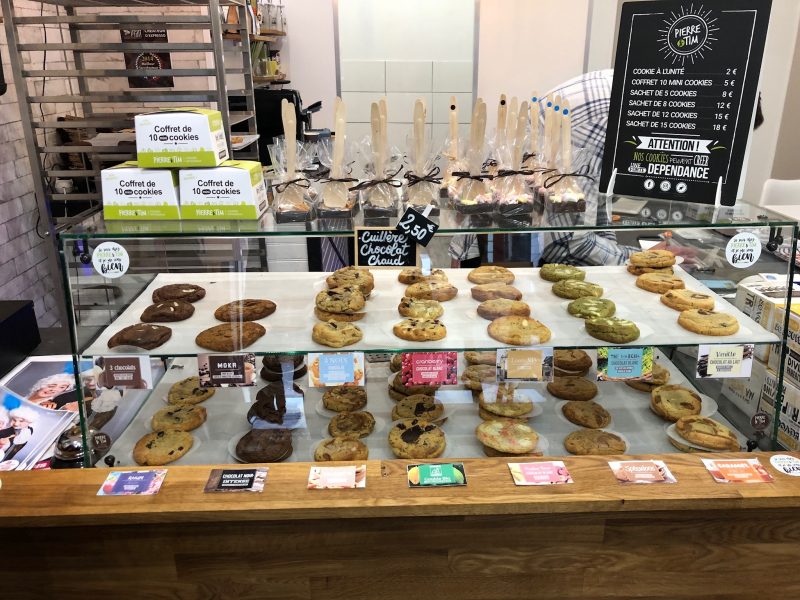 The metro let’s you out close to the entrance of the catacombs. This was nice, but we were greeted by a VERY long line. It was outdoors and it was SO COLD! It was the coldest day we had while we were in France. We had all of our cold weather gear on, but it was a hour and a half wait. It was tough, but we waited anyways. 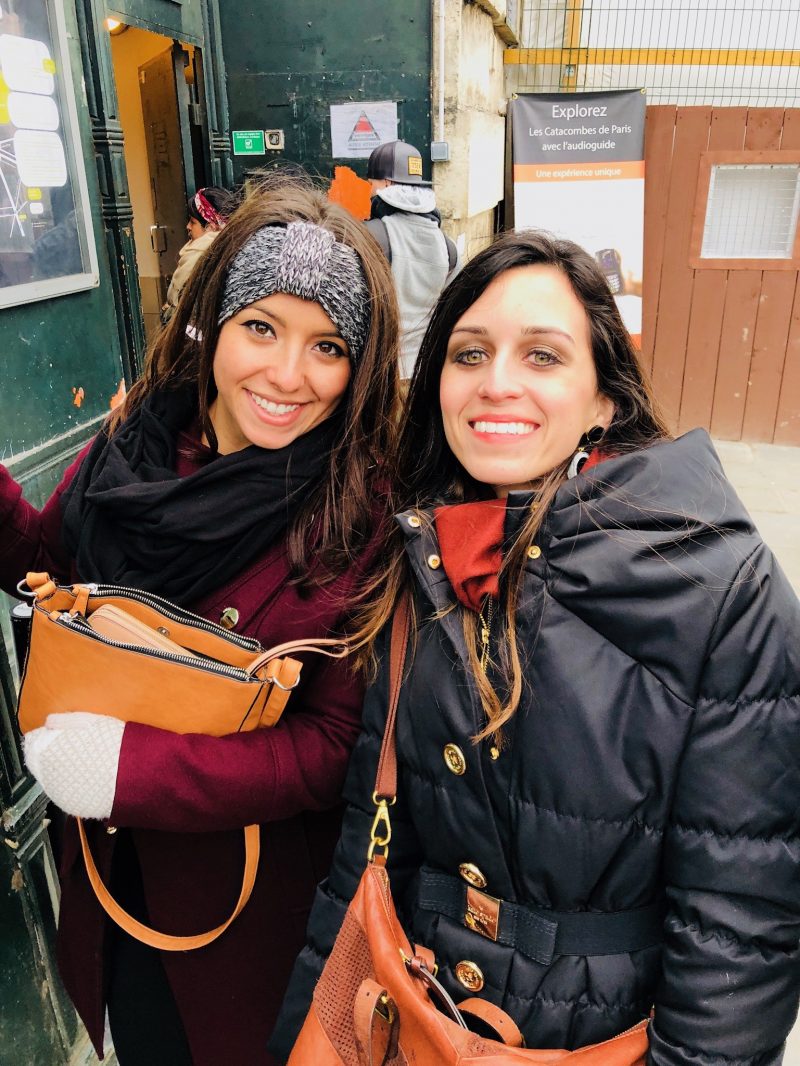 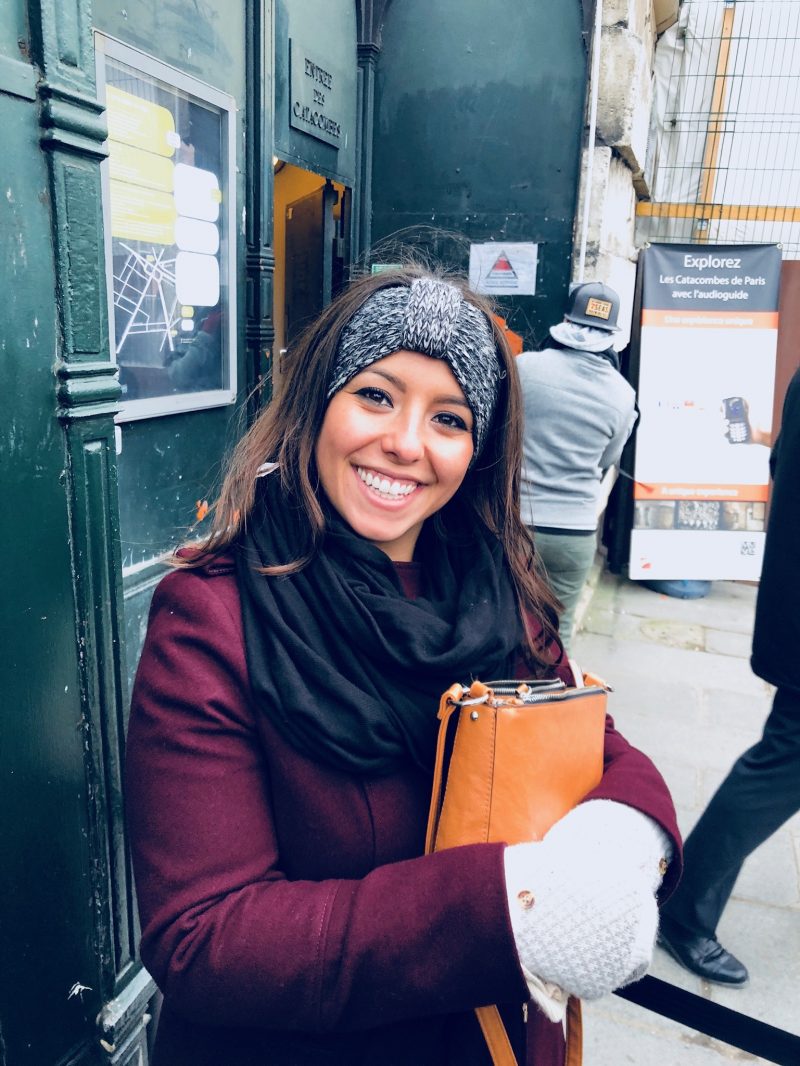 We finally got our tickets (13 Euro each), and walked down the never ending stairs to the catacombs. I had preconceived fears from the movie “As Above So Below” so I was freaking out as soon as we walked in lol. It actually wasn’t scary, it was really interesting. I think the scary parts were the blocked off areas of darkness which just made me think about the movie scenes.
I hear you can hire local urban explorers to take you to the restricted areas of the catacombs, but I would probs die of fear before making it down there. 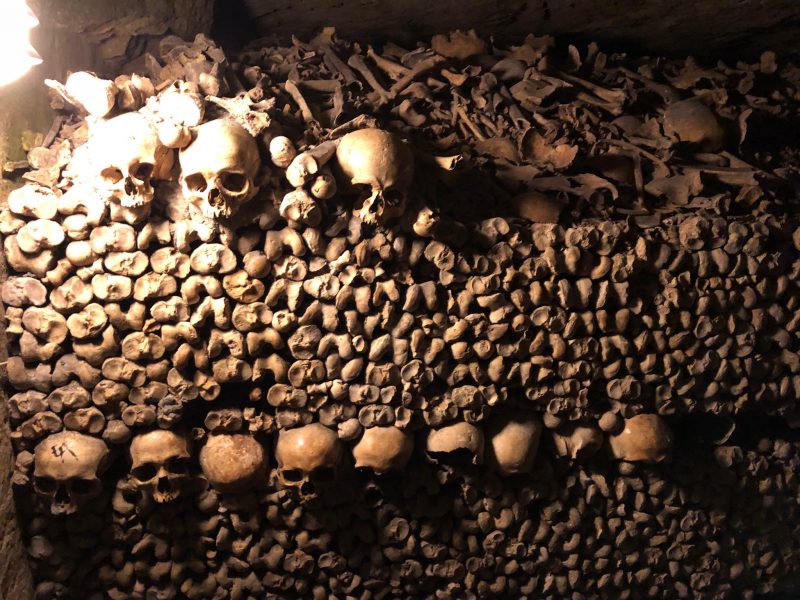 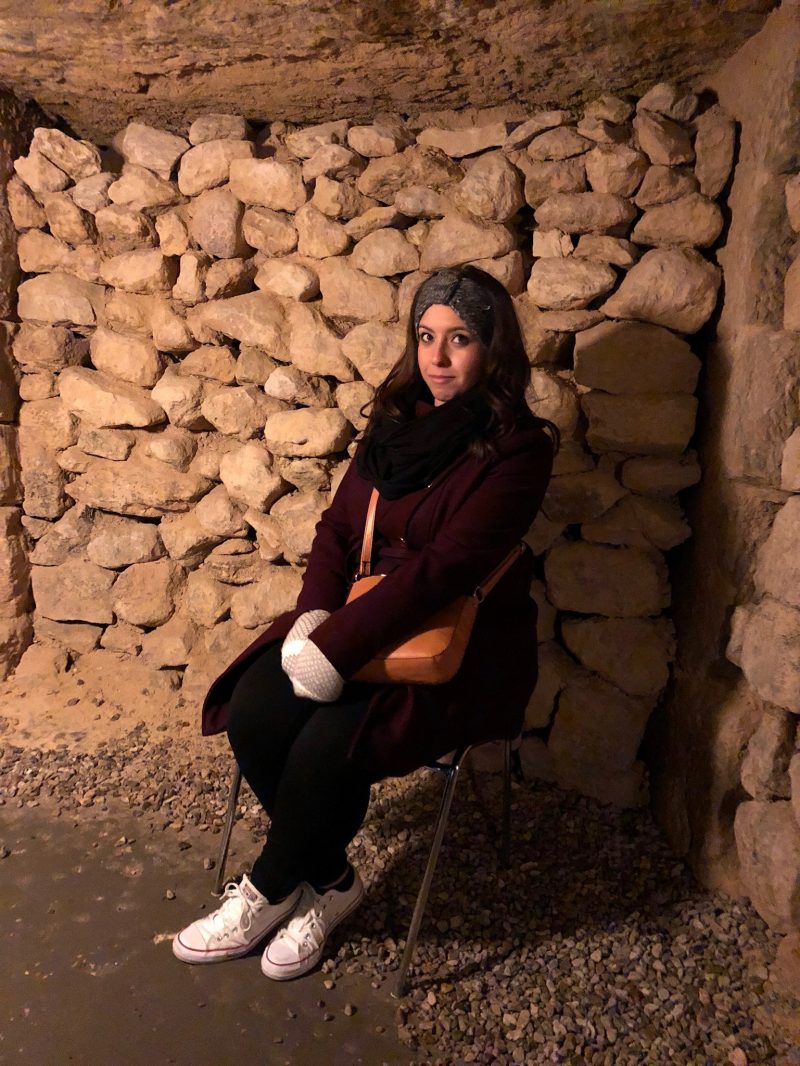 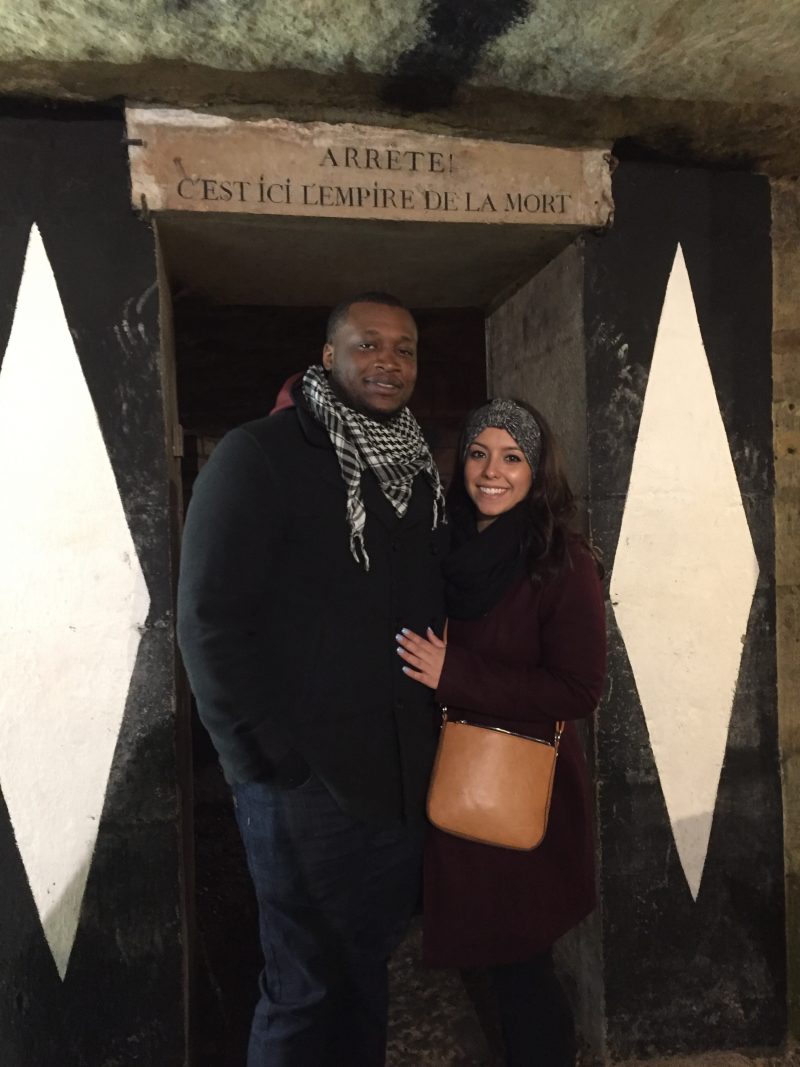 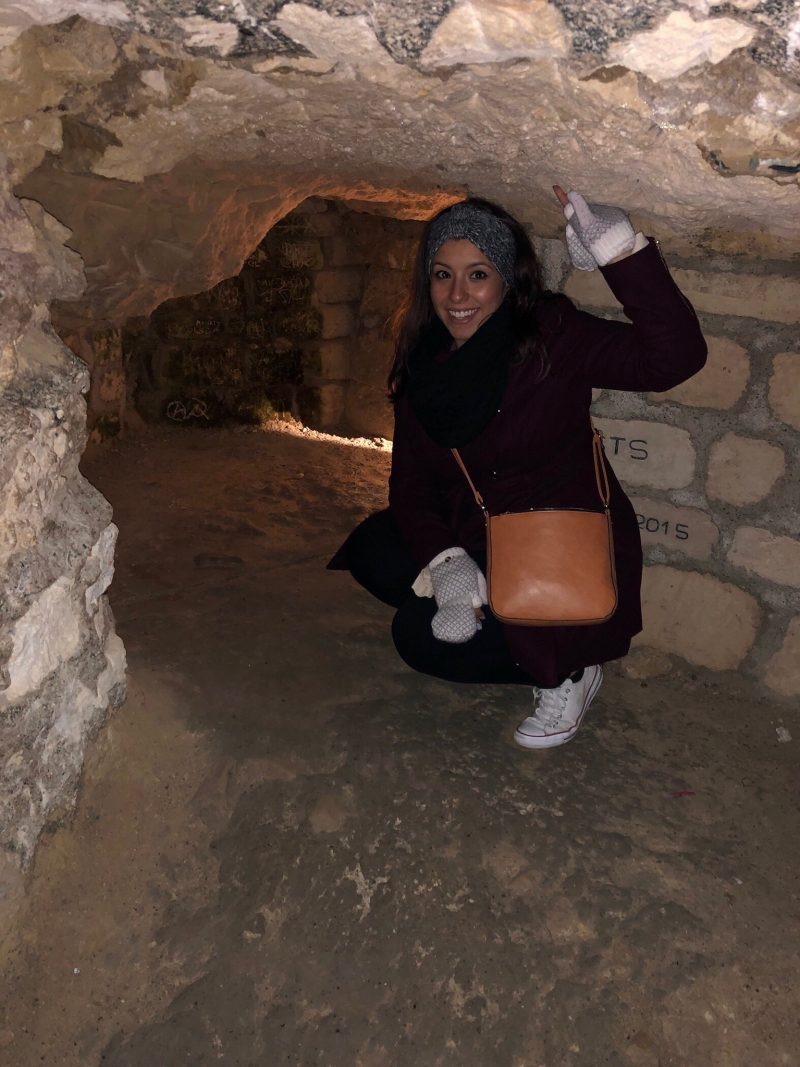 The catacombs took us about an hour to walk through and by that point we were starving because we didn’t eat much that day.
We decided to go to the steak frites restaurant (steak and fries) that we had highly anticipated- “Le Relais de l’Entrecôte“.
GUYS. This was THE BEST food we had the entire trip. It is now on my list of favorite foods EVER IN LIFE! That said it also comes at a price- 26 Euro per person!
There is no menu here, you are seated and you tell the waitress how you want your meat cooked. Then they bring you baguette and salad with a special dressing. This was already delicious. Then you get your steak frites with a secret green sauce from heaven. They bring you the second serving of your meal when you finish the first portion. 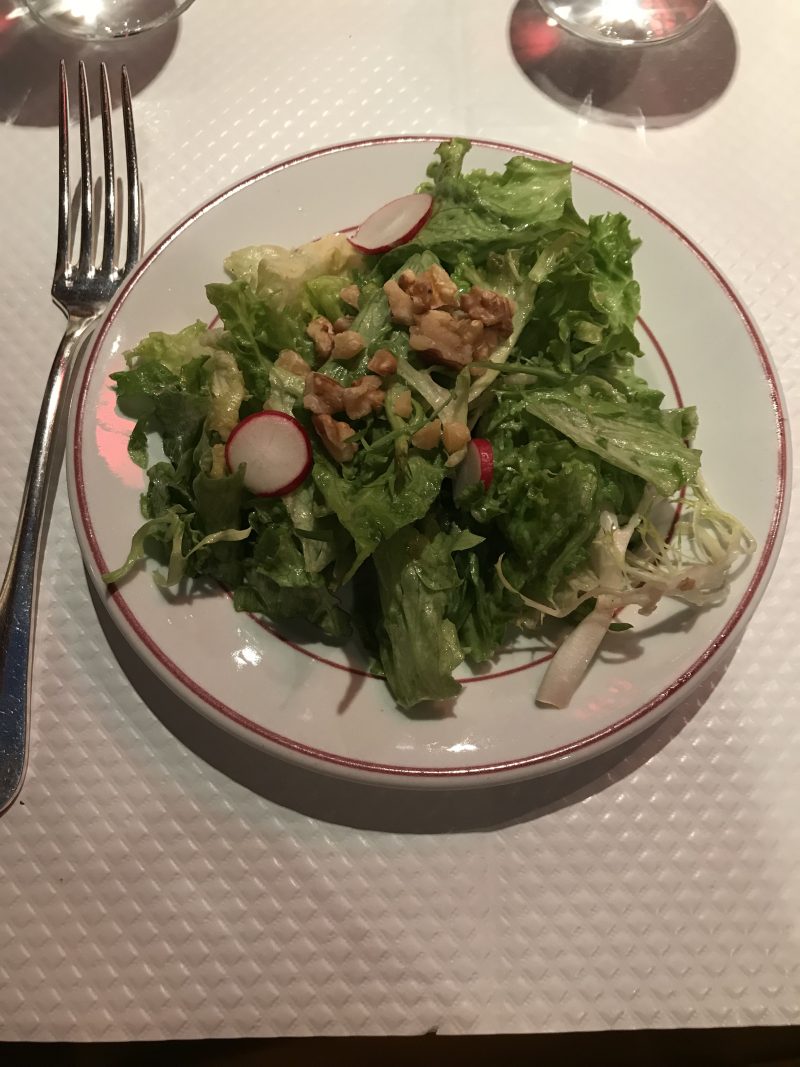 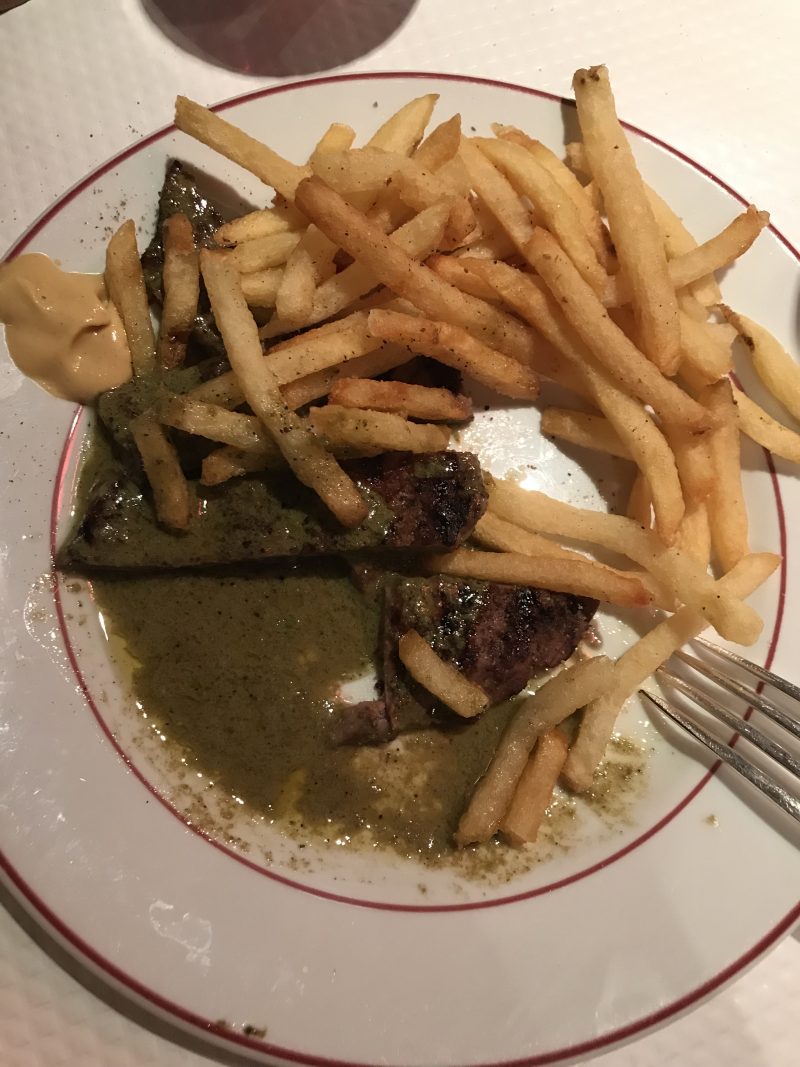 We loved this restaurant and our waitress so much that we promised her we would come back Saturday for our last dinner before we went home. 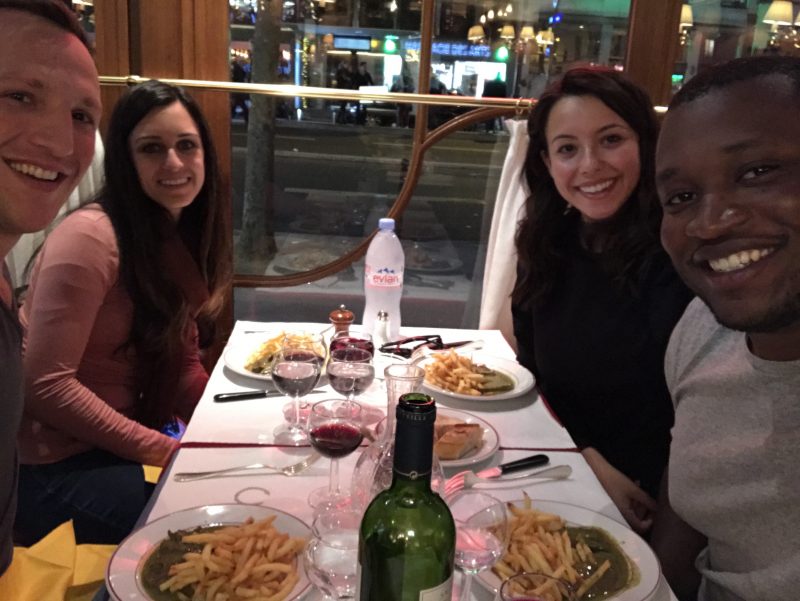 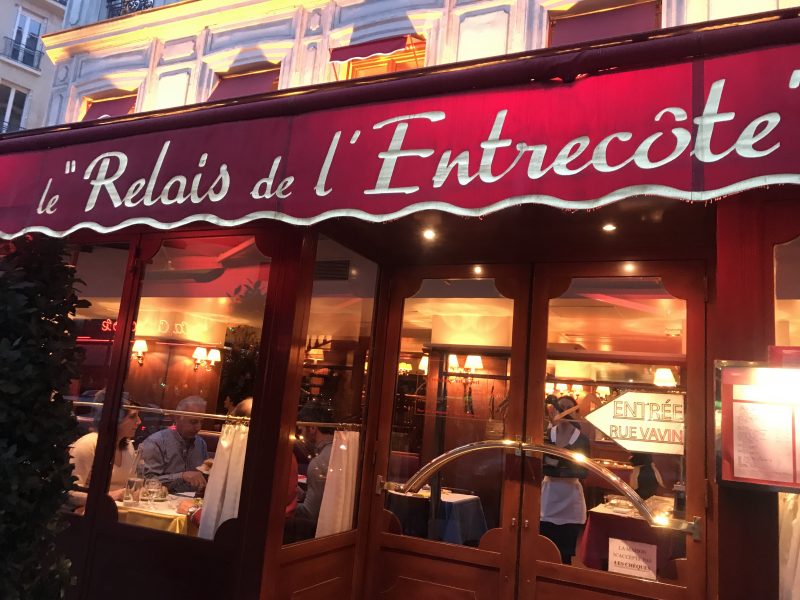 That evening we went to another local bar called “Hoppy” where we met a group of French people. We enjoyed talking to them while we were there! The bar even had a sour beer which is one of my faves! 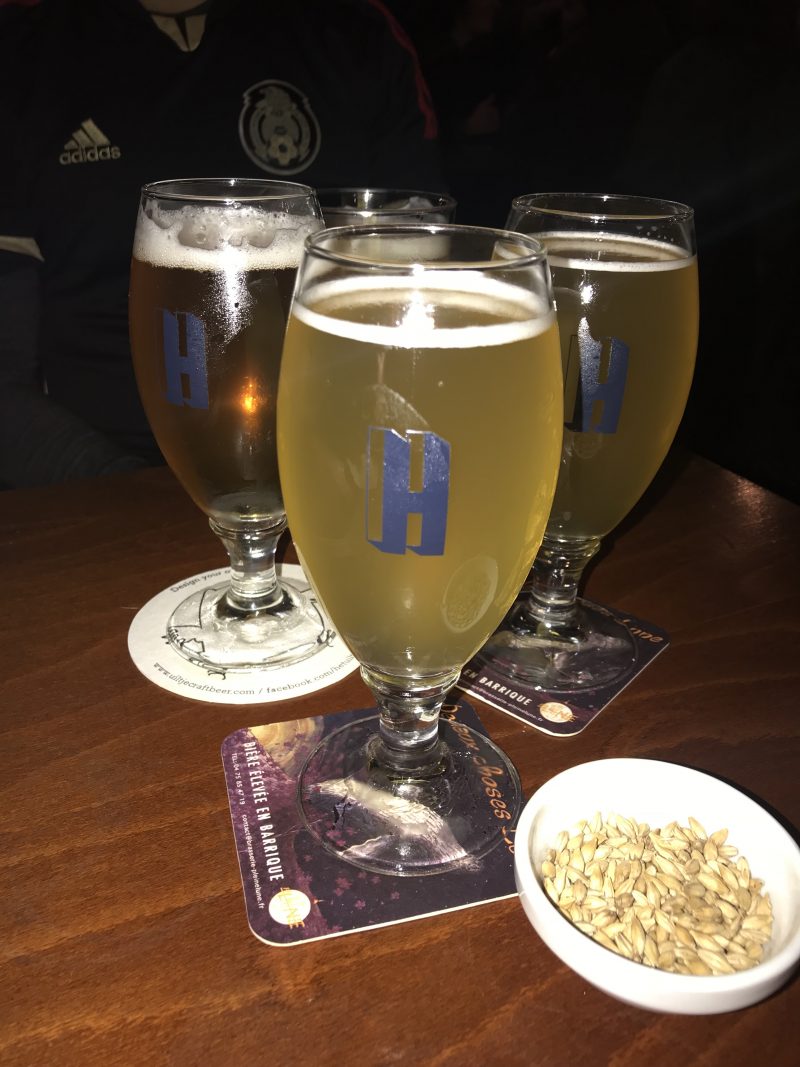 It was a long and great day! We were exhausted as always, but we were excited for our last few days in France.

EURO TRIP TIP: check if places are open before you go, buy your tickets ahead of time… like right when you buy your airplane ticket to France. Then plan the rest of your trip around your tickets. 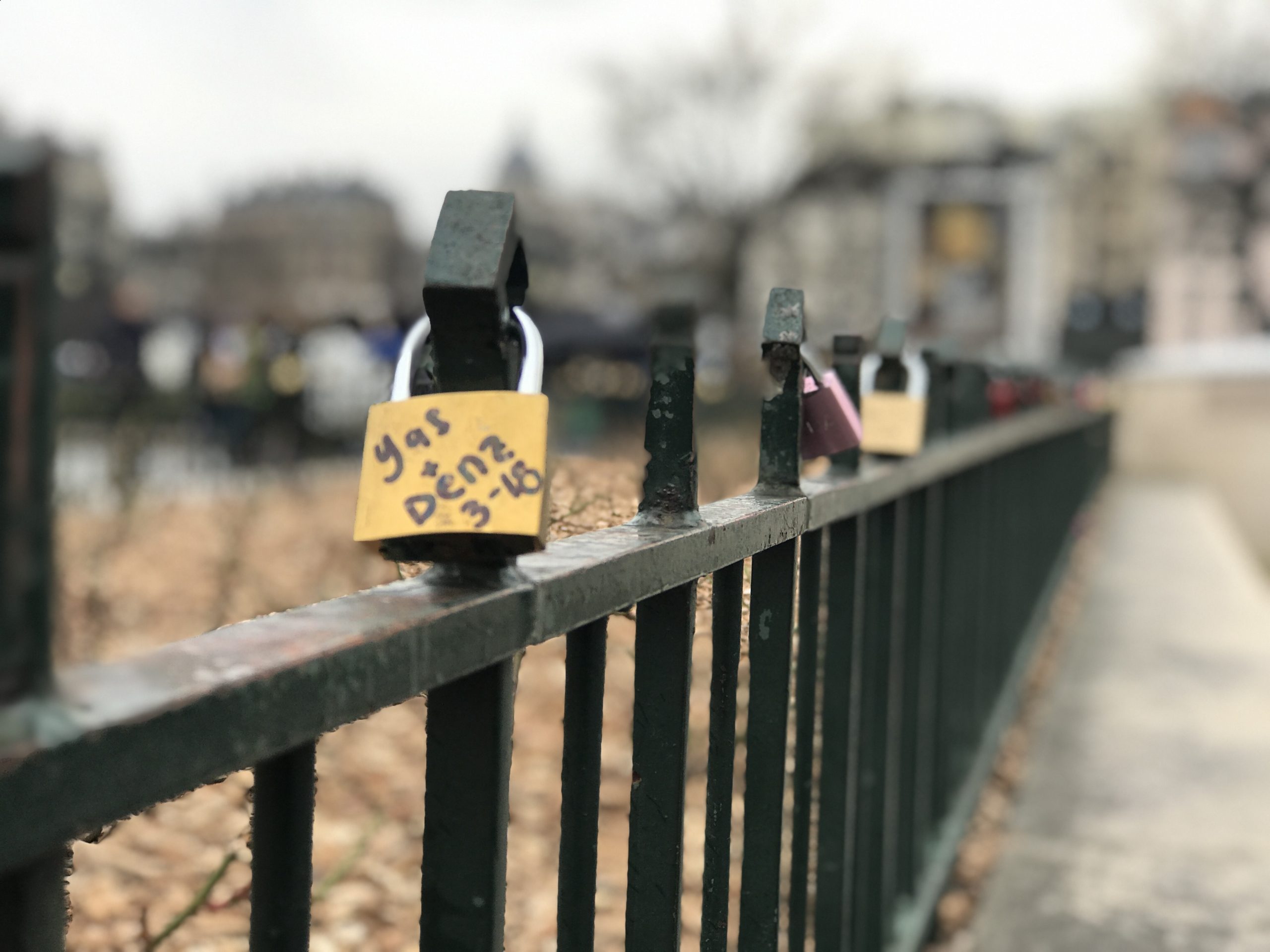 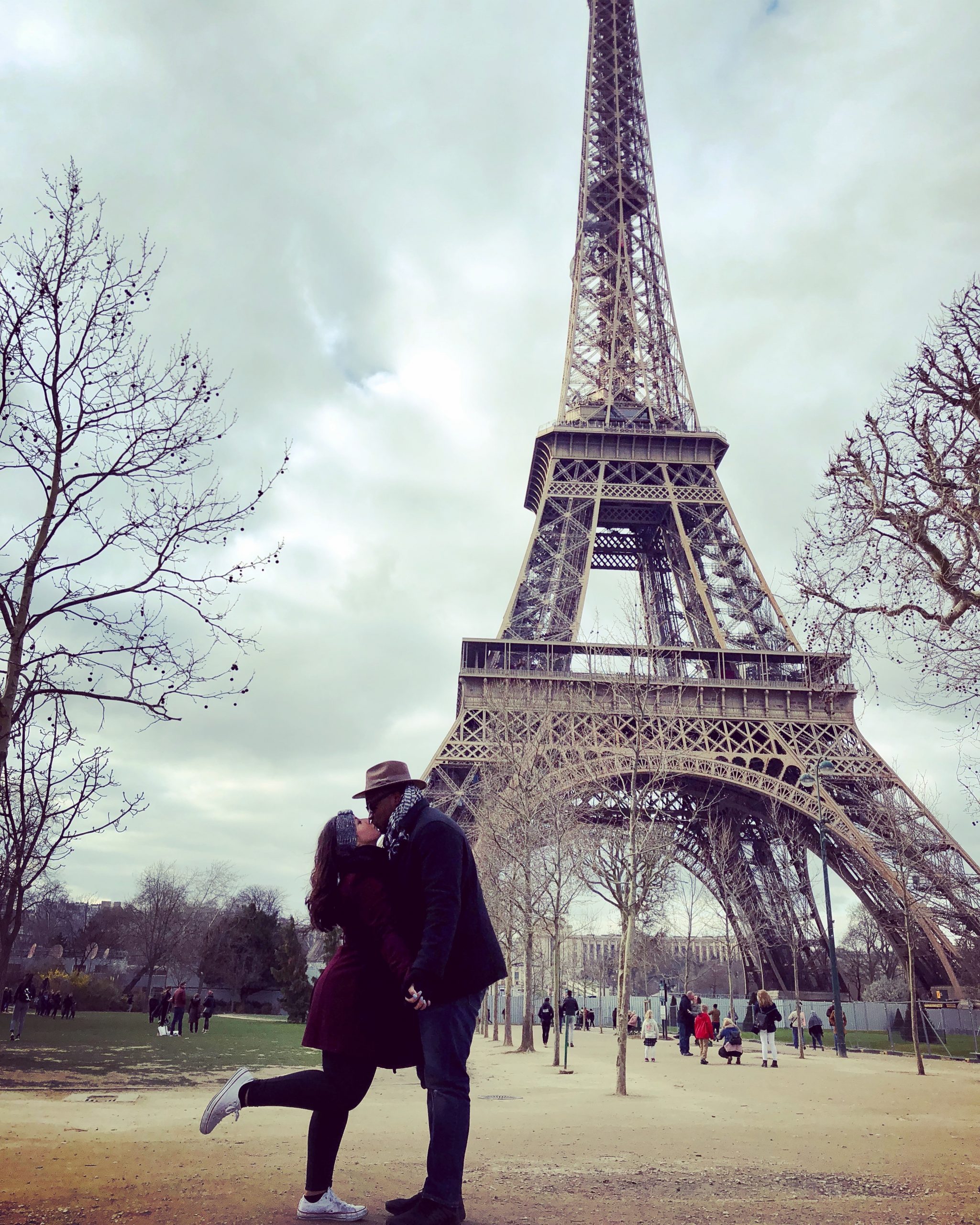 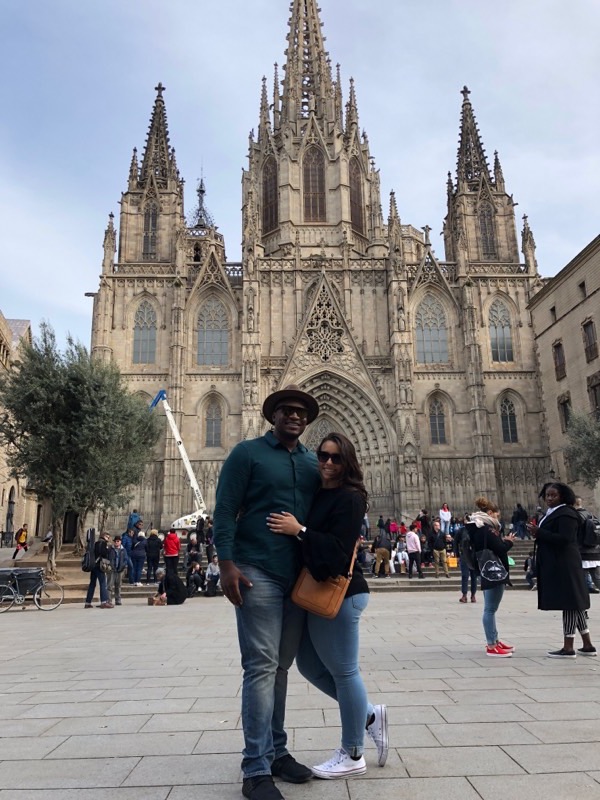